During all his childhood, Wissam Hojeij learns classical guitar and music theory at the conservatory in Beirut, Lebanon and then in France for 10 years. During university studies in Paris he has many experiences in several music groups where he composes, plays the keyboard and guitar; and his first contact with film music through experimentations on his first shorts movies.

Afterwards Wissam is several times assistant curator at the Philharmonie de Paris for the exhibitions "Jonh Lennon", "Travelling Guitars", "Miles Davis" and "Georges Brassens" where he learns a lot by being in constant contact with musicians and archives from the musical patrimony ; while developing in parallel his compositional  skills and his growing film score composing professional activity.

After these experiences, he has been fully and professionally involved in his passion for film music since 2011. In early 2015 he is one of the three laureates to integrate the workshop Musique et Cinéma SACEM of the festival Premiers Plans d'Angers supervised that year by the French director Tony Gatlif and composer Delphine Mantoulet. He then integrates the SACEM music jury of the festival that gives the best original music award ; the same, year as well as in 2017 and 2018, he is selected to be part of the composers participating to the "3e personnage" encounters of the Festival International du film d'Aubagne dedicated to film music. In 2017 he is invited by the Clermont-Ferrand International Short film Festival to discuss in public the music he composed for the animation film "La Costa Dorada" directed by Noémi Gruner that caught the attention of the festival organizers.

Later he wins the best Original music Prize for the Jonathan Millet's film "Et toujours nous marcherons" / "And still We Will Walk On" at Parisian festival Kinoma.

Early 2017,  Wissam Hojeij went to Berlinale in the official Panorama selection with "Headbang Lullaby" by Moroccan director Hicham Lasri - for which he composed the full Original music.

In May 2019 Ceniza Negra / Land of Ashes / La Danse du Serpent directed by Sofía Quirós for which he has composed the original score is Selected in competition at the festival de Canne's Semaine de la Critique.

He is invited in December 2019 by Canne's Semaine de la Critique and Sacem as consultant-composer for the new fomula of the Next Step where he will share his experience and expertise during one-to-one consultations with each director, so as to guide them optimally in their artistic choices. 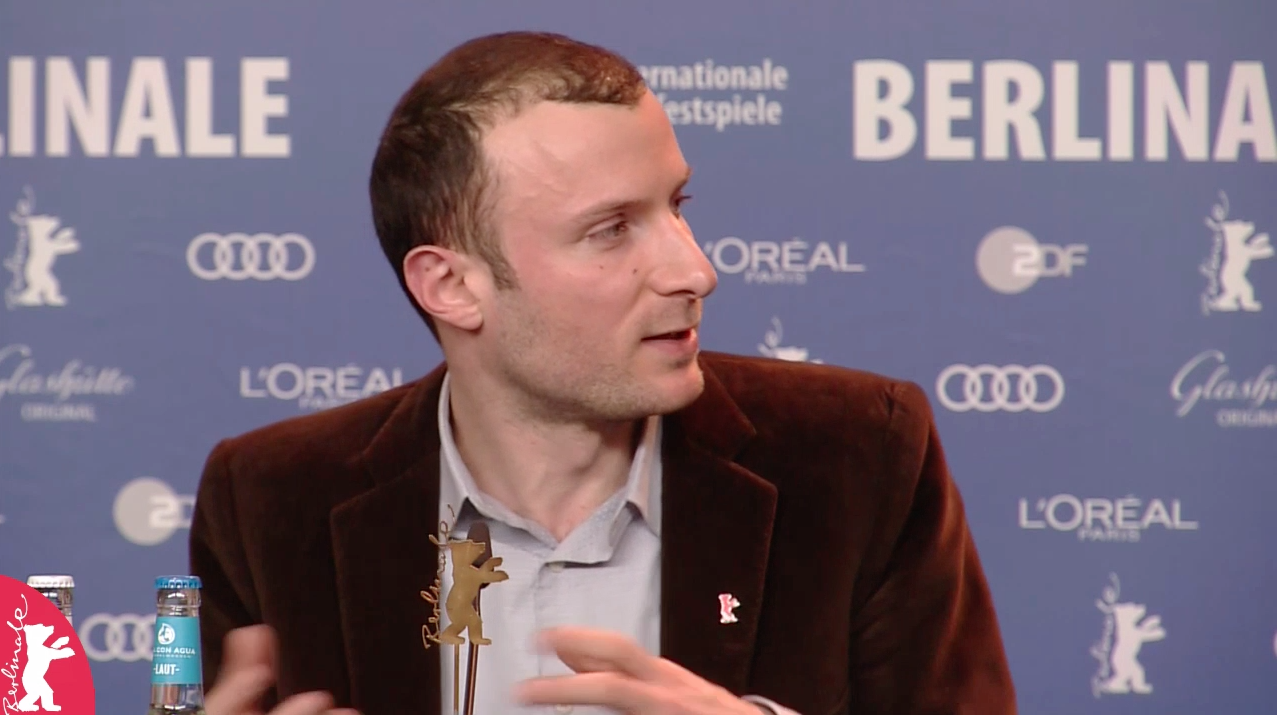 during the press conference. Copyright Berlinale.